How Do I Know My Pet is Sick? 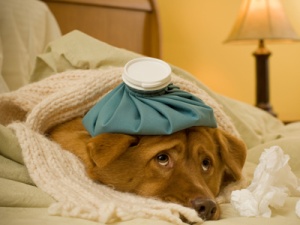 Knowing what to watch for in your pet's behavior can help catch illnesses early.

There are many times I wish my dog could talk, but that feeling is compounded by worry when she seems to be feeling ill. (Talking animals would make the vet’s job easier too!)

If we remember that we’re mammals too, diagnosing our pets can be a little easier. How do you know you’re sick? Vomiting, diarrhea, appetite changes, abnormal bleeding, and lethargy signal something’s wrong in humans. It turns out many of these symptoms signal problems for our pets too.

Take notes on changes in your pet’s habits and health and take him/her to the vet at the first sign of concern. Your vet will want to know details of your pet’s symptoms, including when they began. Until animals learn to talk, your pet needs you to speak for her.